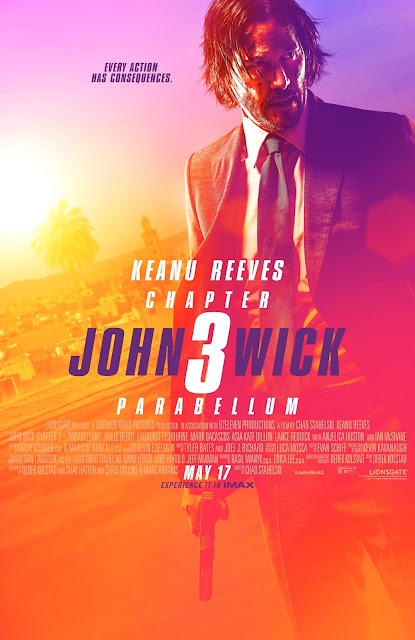 
The revival of the career of Keanu Reeves can only be described as a miracle. Destined to appear in straight-to-video films for the rest of his career after a series of critical & commercial flops, Reeves found a rebirth with John Wick. It changed how people viewed him: where he was once thought as a bad actor that was past his prime, he then gained new respect as an actor & action film icon. As the years went on, he solidified that status with John Wick: Chapter 2.

John Wick: Chapter 3 - Parabellum is the best film of the John Wick franchise. The film continues the story of John Wick (Keanu Reeves), a hitman in New York. After having previously killed Santino D'Antonio (Ricardo Scamarcio) in The Continental, Wick has been deemed "excommunicado" by Winston (Ian McShane), & now has a $14 million bounty on his head, but Winston has given him a 1-hour headstart.

On the run, Wick leaves his dog with Charon (Lance Reddick), the concierge of The Continental. After fighting off several assassins, Wick finds himself with The Director (Anjelica Huston), a woman from his distant past, who lets him pass safely to Casablanca as one last favor. In Casablanca, Wick reunites with Sofia (Halle Berry), an old friend & manager of the Casablanca Continental, who will help him get his bounty waived.

Meanwhile, The Adjudicator (Asia Kate Dillon) has come to tell Winston & the Bowery King (Laurence Fishburne) that they have 7 days to give up their leadership or face consequences for their indecision in not killing John Wick for his murder of Santino; they both refuse to resign. As a result, The Adjudicator sends the assassin Zero (Mark Dacascos) to do their bidding to enforce the rules of the High Table. Now John must continue to fight off the assassins & try his best to get back in the good graces of the High Table.

The cast is terrific. Keanu Reeves is at his best yet, seeming to get better with age. Ian McShane is spectacular in his supporting role. And Asia Kate Dillon is easily the standout of the supporting cast with their wonderfully devilish performance.

The screenplay by Derek Kolstad, Shay Hatten, Chris Collins & Marc Abrams is amazing. The plot doesn't fall into any of the sequel plot traps, the characters are well-written, & the dialogue is superbly written.

Dan Laustsen's cinematography is wondrous. The lighting, especially the use of neon lighting in nighttime sequences, is just absolutely marvelous.

And Evan Schiff's editing is phenomenal. Schiff makes sure that there are cuts only when they are absolutely necessary, which is a breath of fresh air considering that most action films use fast cutting, the vast majority of them in the wrong manner.