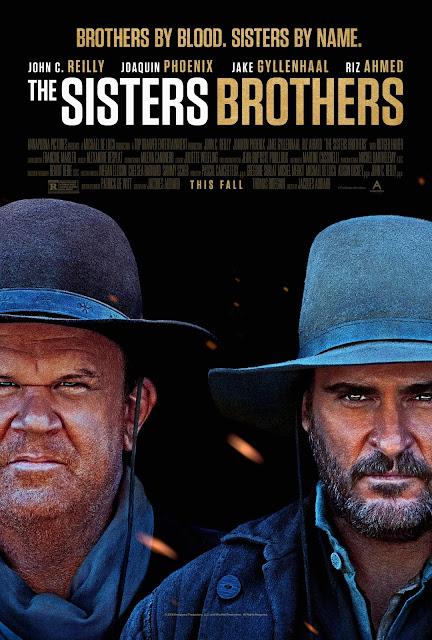 
Unfortunately, Westerns are no longer as financially viable as they once were. Once a staple of American cinema, they have now become synonymous with "box office bomb." And with some good recent films that could be considered Westerns, that's a real shame.

The Sisters Brothers, despite a couple flaws, is one of the quirkiest Westerns in years. Based on the 2011 novel The Sisters Brothers by Patrick deWitt, & set in 1851, the film follows Eli (played by John C. Reilly) & Charlie (played by Joaquin Phoenix), two hitmen brothers in Oregon City, Oregon. They are called by their boss, The Commodore (played by Rutger Hauer), to kill Hermann Kermit Warm (played by Riz Ahmed), a chemist who has allegedly stolen something of immense value from him.

Also on the tail of Warm is John Morris (played by Jake Gyllenhaal), who is also on The Commodore's payroll. Morris is supposed to meet up with the brothers somewhere down the road. Morris eventually catches up to Warm in Jacksonville, Oregon, & eventually confronts him. However, Morris finds out that Warm is innocent, & joins with him on his plan to find gold using a substance that causes gold to glow.

Once the brothers find out about this, they are incensed, & make haste to their location. But the struggles, including bears, spiders, & drinking, may be too much to overcome.

Jacques Audiard's direction is great. Although there are a couple bumps in the road when it comes to tonal shifts, he is able to make up for it with a lot of style & his ability to get great performances out of his cast.

The screenplay by Jacques Audiard & Thomas Bidegain is amazing. Audiard & Bidegain are able to capture the humor & quirkiness of deWitt's novel, & it truly stands out.

Benoît Debie's cinematography is gorgeous. Debie's camerawork captures so much, as there are many wide shots, beautifully capturing the American frontier.

And Michel Barthélémy's production design is spectacular. The sets are very accurate to the time period, fully immersing you in the Old West.

This is a great dark comedy. It does hit a few bumps in the road, but it's a very enjoyable & quirky Western, one unlike any other Western in recent memory.

The Sisters Brothers was seen by me at the MJR Troy Grand Digital Cinema 16 in Troy, MI on Friday, October 19, 2018. It is currently in theaters everywhere. Its runtime is 121 minutes, & it is rated R for violence including disturbing images, language, & some sexual content.
at October 25, 2018