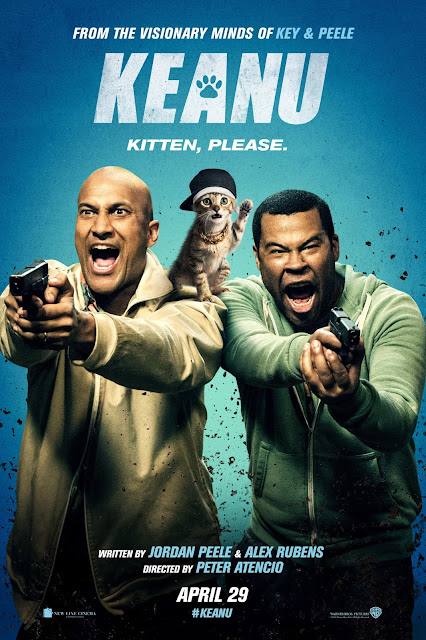 "We're in the market for a gangster pet." That quote from Keegan Michael-Key is from the new movie Keanu, an absolutely hilarious film. Key plays Clarence, a huge George Michael fan. His cousin & best friend, Rell (played by Jordan Peele), has just been dumped by his girlfriend. However, Rell's hopes are lifted when a cat appears on his porch. He takes the cat in & names it Keanu. Two weeks later, Keanu is kidnapped, & now Clarence & Rell must deal with drug dealers to get him back.

This was extremely hilarious. Key & Peele were hilarious again, proving that they are some of the greatest comedians out there today. The direction from Peter Atencio was brilliant. The screenplay from Jordan Peele & Alex Rubens was hilarious. And the soundtrack (filled with several George Michael songs) is killer. This is definitely one of the funniest movies of the decade.
at May 15, 2016